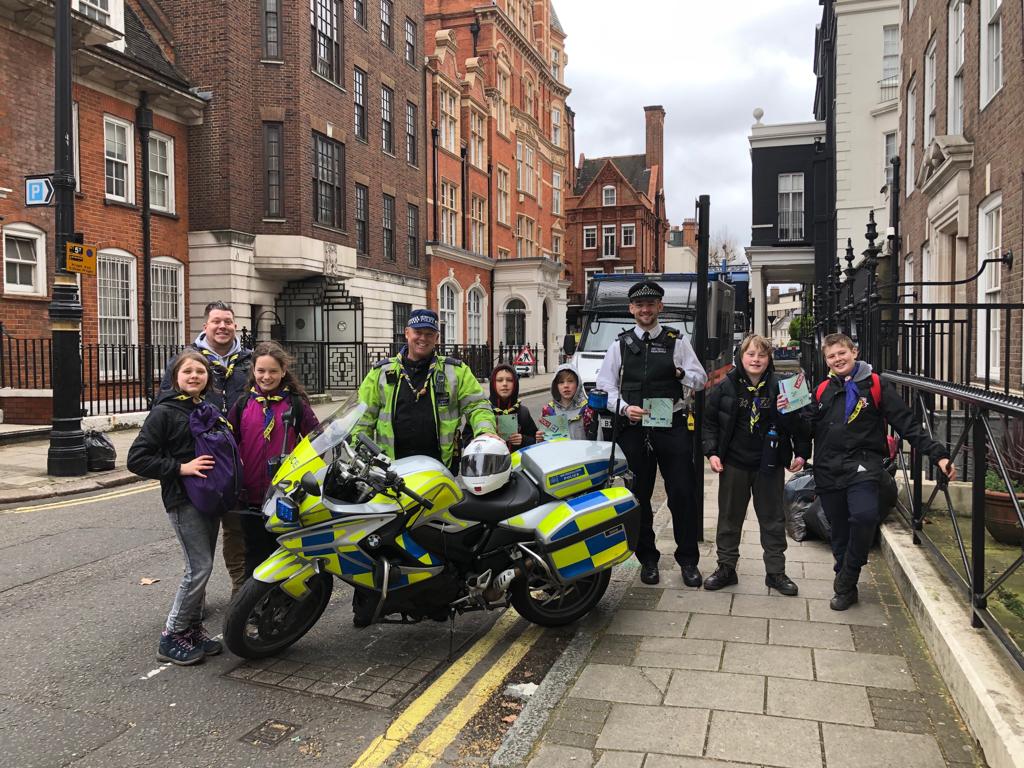 Over the weekend of 15th to 17h March, a dozen young people representing all three Penistone scout troops went with four adults to London. On Saturday, they took part in the “Alternative Monopoly Run” and Sunday enjoyed some tourism.

“When I went on the monopoly run, I didn’t want to go, because I had just come back from my class residential and was so tired that I thought I wouldn’t have any fun at all. When I arrived in London though and I had had some food and rest, I loved every minute of it (apart from all the walking around). On day two (the actual monopoly run) my team, team 155, started at 7:30 and arrived back at around 19:40. Whilst on the monopoly run my dad and scout leader went to Patisserie Valerie and ate their cakes in front of us. But anyway, I thoroughly enjoyed the camp and had fun. My favourite place was 221b Baker Street where Sherlock Holmes is supposed to have lived. When our first tube came to an end, I accidentally left the fourth sheet of the monopoly board on the tube which meant that we were disqualified from the competition! Back on site, the food was delicious but on Saturday night we went to the local fishy and I ordered a kebab.”

Editors note: Shauna was desperate for the toilet, so the cake was an essential purchase enabling the use of the toilets. 🙂

“I was a bit anxious about going on the trip as it was a long way from home. However, I had the time of my life. I really enjoyed team working to get as far around the Monopoly board as we could.  We didn’t make it though.”

Getting the chance to get up close to Ferraris was amazing.  It was nice to help a homeless man. Richard was such an embarrassment singing and skipping around London!

Thank you to all the leaders for giving up their time and the support they gave us.  Can’t wait to try and finish the board next year.

“It is an amazing experience and opportunity if you are given the chance to go to the Monopoly Run go for it because it’s absolutely and utterly unique. I really enjoyed that we were like part of a community and being part of different Londoner’s lives.”

“I didn’t like the tents at night as it rained all night and was cold.”
Editors note: We know Caleb had a great time – he’s a man of few words: on the run itself he really liked the London Underground.