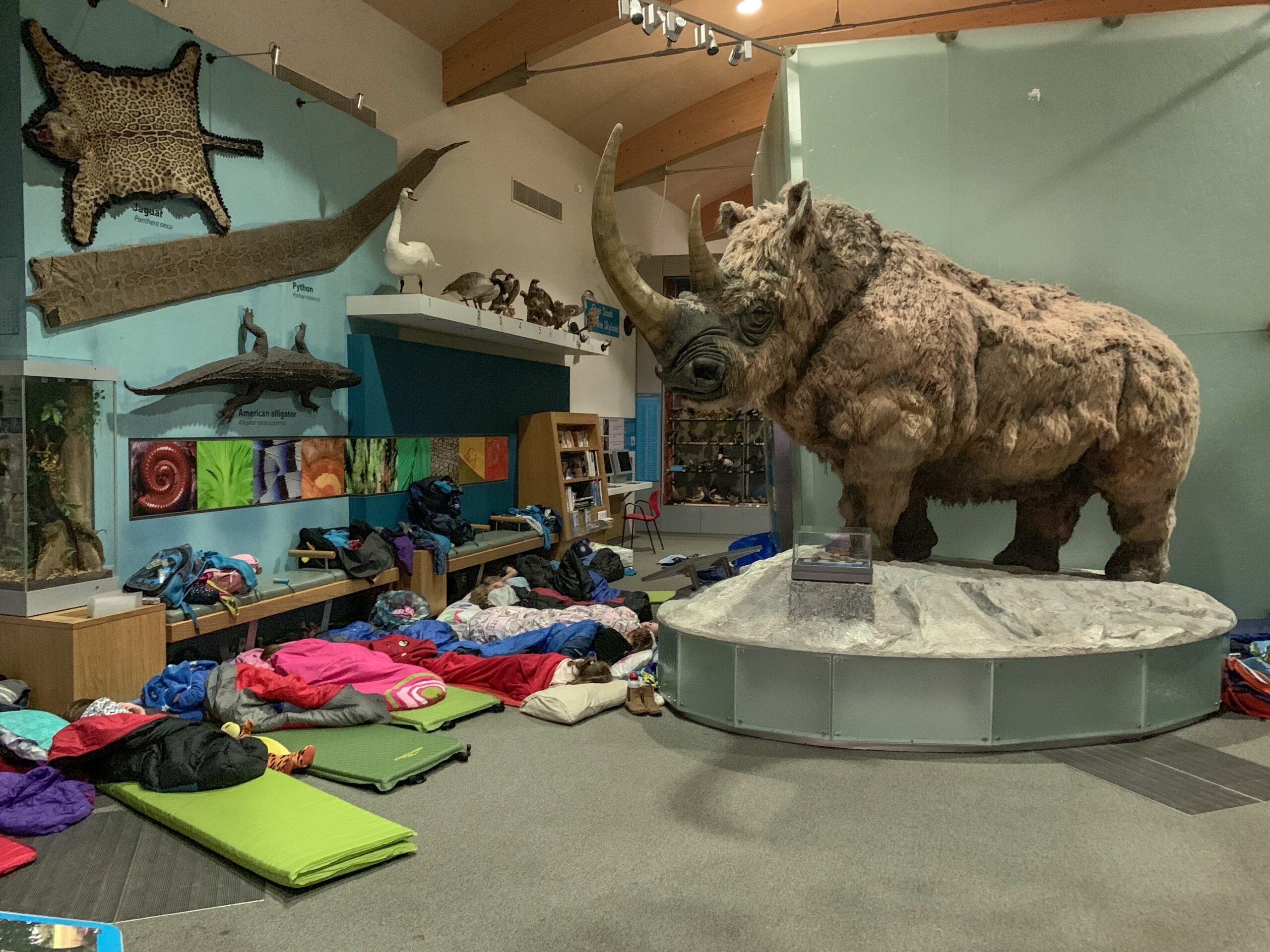 Following on from last night’s post, we can share with you part two of the Silkstone and Penistone Night at the Museum sleepover.

Once beds were laid out, everyone went to start watching the first, “Night at the Museum” film. After a short while, some of the beavers began to head off to their beds with a hardcore select few sticking it out until the end of the film. It’s incredibly exciting being a beaver, but even more so sleeping over in a museum, so whilst most were asleep by 1am, there were a few who almost saw 2am.

This morning we had to be up, packed, breakfast eaten and out of the museum by 8:30 so the staff could prepare things for the general public opening from 10am. Given the lovely weather, we took advantage of Western Park and all the outside space. Lots of races, games with a parachute and rounders took place before venturing back into the museum for a step through the exhibits.

A great sleepover, lots of sleepy heads (leaders too) and the usual plethora of lost property. If you do have anything missing, please check in at the next beaver meeting if it’s been handed in. If you’ve something that doesn’t belong to your young person, please return it to your section leader so we can try to reunite it.